Kid In A Box

I got my “Kid in a Box” from the Navy a couple days ago.

For the uninitiated, that’s the box of clothes sent home by Navy recruits after the first couple days of boot camp. Everything they were wearing or had with them when they arrived at boot camp is sent back home ”” wristwatch, phone, toothbrush, teddy bear and every single article of clothing. Even the lucky boxers. 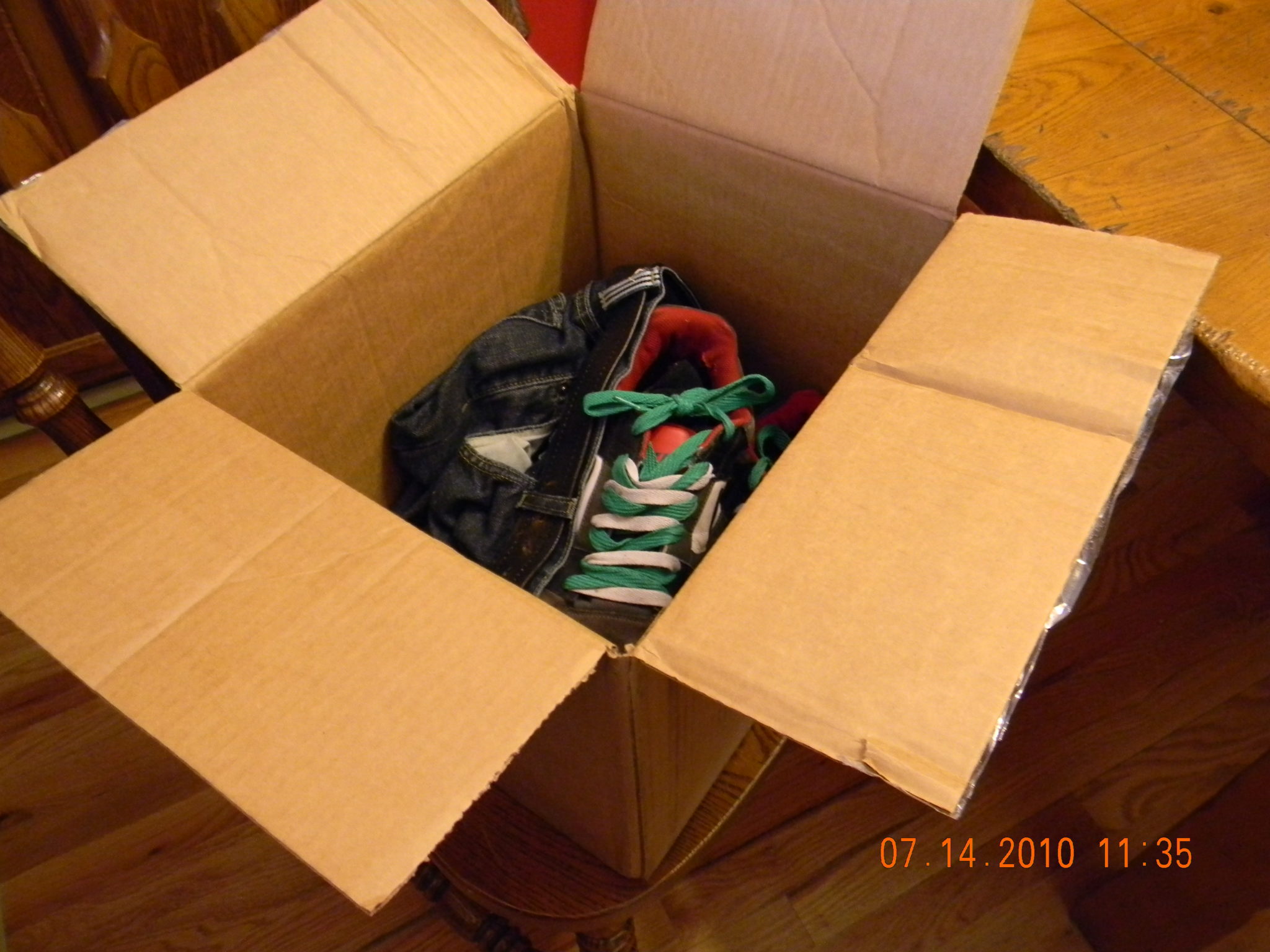 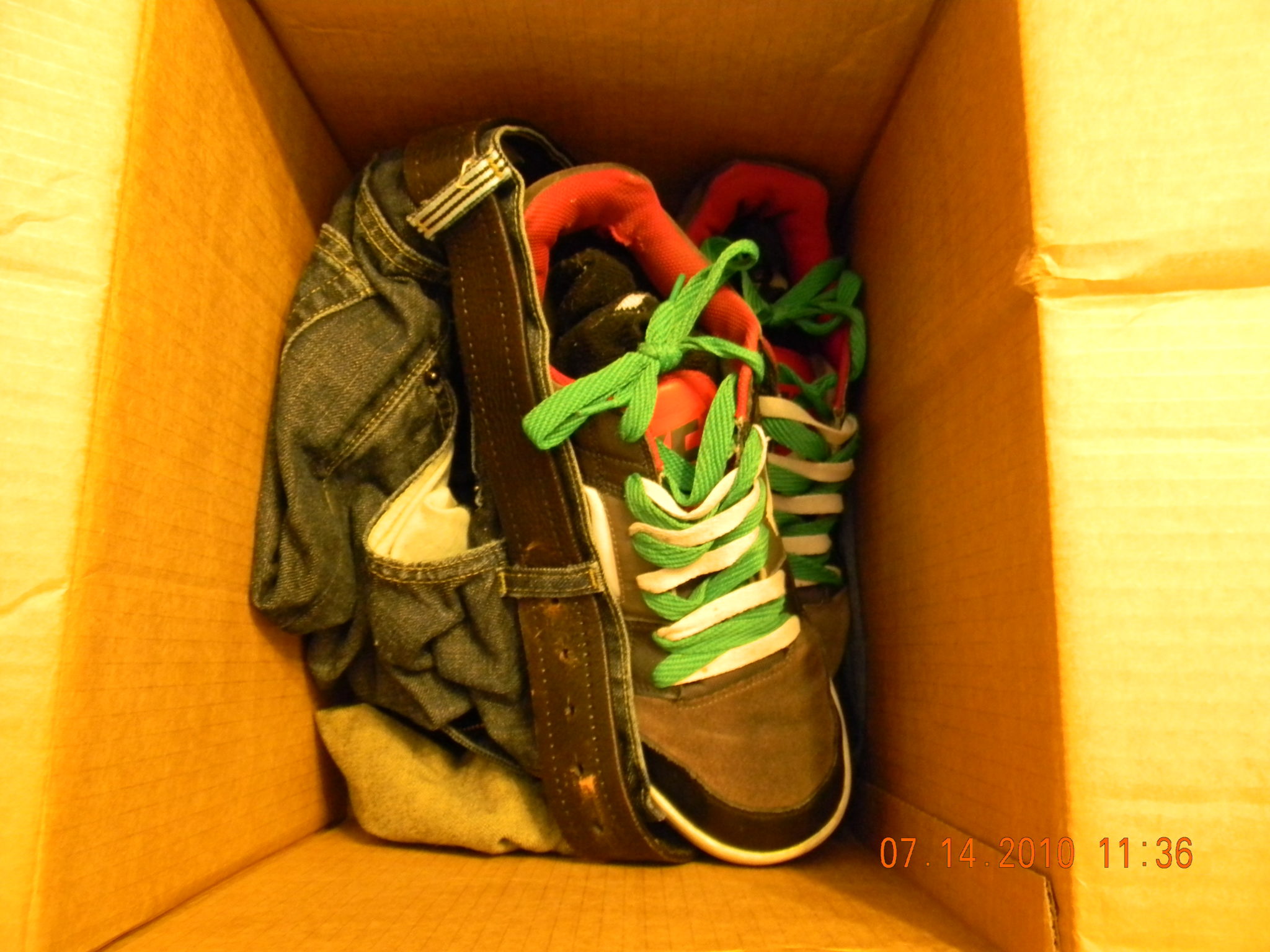 I have a picture in my mind of newly-shorn recruits standing inside the box, stripping down, then stepping out buck nekkid into their new Navy recruit clothes. Or maybe it’s more like the “Left Behind” stories. They’ve disappeared ”” poof ”” from the Real World and reappeared in Navy World. That’s probably more like it to them because I’m sure those recruits are feeling very much out of control of their lives right now.

Some Navy Moms freak out when they get their box, especially if they’re not expecting it. One woman told me it took her a few weeks to muster the courage to open it. She was overwhelmed by how much she missed her kid and she knew this just might send her over the edge. Out loud I sympathized, but inwardly I was screaming, “They wore these clothes for three days! That box is toxic! Don’t open it inside the house! You’re endangering lives!”

This is the second Kid in a Box I’ve received and I see it differently. While it does gross me out a tad, it doesn’t freak me out at all.

I know it represents the shedding of his skin. His renewal. An epic transformation.

Don’t get me wrong. He was a fabulously stand-up kinda kid before he left home, full of good humor, maturity, and cocky 18-year-old confidence. But in a few weeks he will be more. He’ll still have all those qualities (although the good humor may have to be coaxed back after boot camp graduation), but he’ll also have Purpose. Everything he already was will be underscored by military bearing and shared history. His confidence will be earned by real achievement. He will have done things he didn’t quite believe he could do. And he’ll be marching straight down the path of his future.

Maybe that’s more symbolic than the Navy meant by sending me a box of dirty clothes, but they should really give me this. After all, I’m the one who has to do his laundry.